Most daylilies (Hemerocallis cvs) bloom year after year without your having to do much of anything: they are very reliable and very permanent plants. But some varieties, even though they are treated the same way and grow under the same conditions, bloom less after they have been in the ground 5 or 6 years. They may stop blooming entirely. The very popular ‘Stella de Oro’ daylily – the mostly widely sold daylily in the world – belongs to this category. After a number of years, it just doesn’t bloom the way it used to. What’s wrong?
Competing With Itself
If a daylily is no longer blooming well yet others around it are still going strong, the problem most likely has nothing to do with fertilizing, watering, exposure, or other cultural factors, but rather results from overcrowding. And not overcrowding caused by other plants (most daylilies can hold their own in that department!), but with itself. It has produced so many offshoots that there is now a profusion of plants that share the same space, each competing with its neighbors for light and minerals. This intense competition reduces or eliminates flowering. It’s as simple as that.
Time to Divide
And the solution is just as simple: divide the plant. Maybe not when you notice the problem, in midsummer, but either in the fall (at least one month before the first frost) or the spring, when new shoots start to appear. That’s because daylilies respond better to division when they are more or less dormant. (And in the fall, even though they still have leaves, the average daylily is pretty much asleep.)
That said, you can divide a daylily in summer if you really want to, but it’s more of a shock to the plant and it’s therefore extra important to water regularly to help it make a complete recovery.
Daylily Division
Dividing a daylily is pretty basic.

Dividing a daylily in the fall: you can cut the foliage back if you prefer.
Start by just digging up the entire plant with a spade, taking the biggest root ball possible. If you do it late in the season (late August, September), you can shear the foliage to 8 inches (20 cm) high before starting so you can better see what you’re doing… if you want to (shearing is not absolutely necessary).
Slice through the plant with the spade to cut it into 2, 3, 4 or more sections. Each section must have at least one  healthy fan; preferably 3 or more. Now replant each section without burying the crown (the junction between the roots and the stem)… in other words, plant it with its leaves at the same level as they were before the division.
After the division, water well and apply a mulch. The plant will need additional watering in case of drought until it is well established and that can take a full year.
If you end up with too many plants, no problem: they make great gifts for friends and neighbors!
Once replanted, your divided daylily will likely flower at least modestly its first season and heavily from then on. And after 5 or 6 years, since it is one of those daylilies, it will be time to repeat the process!

Posted by Color Burst Landscapes Bloomin' News at 10:30 AM No comments:

Rose rosette is a serious virus disease of roses. It is spread primarily by a microscopic mite. Successful management of rose rosette disease (RRD) involves early detection of symptoms. 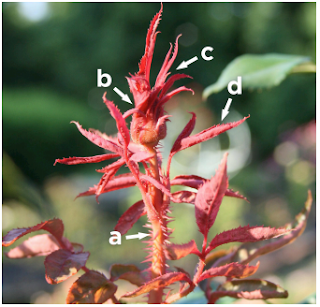 EARLY SYMPTOMS OF RRD INCLUDE:

YOU MUST ACT QUICKLY TO MINIMIZE IMPACT OF RRD:

f. Plants should be inspected at one- to two-week intervals for symptoms during the growing season.
g. Do not wait until the plant has multiple symptomatic shoots or a rosette before digging, removing and bagging the plant. Delayed action could jeopardize other roses in your garden as the microscopic mites* that vector RRD are more numerous on symptomatic tissue.

WHAT CAN BE CONFUSED WITH RRD SYMPTOMS?
h. Herbicide damage may appear as strapped, bunched or dwarfed leaves but not as swollen canes or hyper-thorniness.
i. Shoots damaged by chili thrips may have dwarfed, distorted leaves. Leaves may become blackened as they mature.
j. Fasciation of stems has not been associated with RRD. Fasciation may be found in many herbaceous and woody plant species. It is the result of several flattened stems growing together. The cause of fasciation is unknown.

ACTIONS IF RRD IS SUSPECTED:
• If multiple symptoms are present, even one shoot, remove the plant; losing one plant is preferable to losing the rose garden.
• Send a sample of live, symptomatic foliage to your Extension office for positive confirmation. This will aid you with future diagnoses.
• For more information on rose diseases, see A Guide to Rose Diseases and their Management at rose.org. 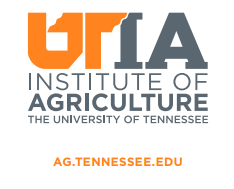 Posted by Color Burst Landscapes Bloomin' News at 9:38 AM No comments:

Color Burst Landscapes Bloomin' News
Since 1987 Color Burst Landscapes operating under the name of AAA Lawn Care has provided award winning installations and ground maintenance for commercial and residential clients. We are well-known throughout Tennessee and the Nashville area for quality design, installations, and maintenance with extensive knowledge of the green industry. Color Burst “seasonal flower displays” are sought after all across the southeast and is the leader for setting the standard in annual color.